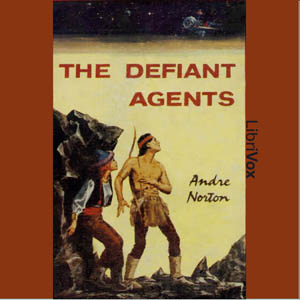 Travis Fox and a band of fellow Apache AmerIndians have their racial memories and survival abilities enhanced by the Redax machine and are sent to the planet Topaz, one of the few worlds of the ancient star empire that the US has voyage tapes to. But the Reds have "snooped" the tapes and get there first, and have a nasty surprise waiting for any ship that does not have the proper identification. Travis and some of his fellow Apaches survive the ensuing crash landing...but can they defeat the Reds and win Topaz for themselves?

This work is a sequel to both The Time Traders and Galactic Derelict. It is book 3 in the Time Traders series by Andre Norton, which also includes Key Out of Time. (Summary by Paul Williams)

Reviewer: mikezane - favoritefavoritefavoritefavorite - September 19, 2011
Subject: Interesting story if a bit weird
A group of time travelers crash land on a planet and begin to think they are actually members of the tribe they had been trained to infiltrate. On top of that, their nemesis, the Reds, have established a similar base on the same planet. Add to that the interference of an unknown alien race determined to cause problems for everyone else. Can they recover their memories and outwit both bad guys in time?

It's a bit of a convoluted plot, and I did get confused here and there, but overall it's a good story. Reader was good, no complaints.

Uploaded by librivoxbooks on June 7, 2008